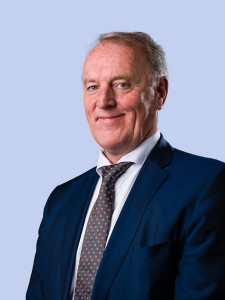 After ending his study at the University of Utrecht, he joined Fokker in 1981, where he worked at 4 different divisions, before he was requested to become sales manager at Hollinda. In 1993 he was named commercial director and bought the company in August 1997 from Jaap van Gennep, the grandson of the founder. Early 2001 Jan decided to acquire Goliath and consequently merged the two companies to Goliath-Hollinda.