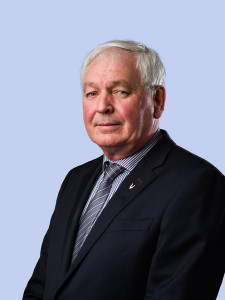 After being commissioned as an engineer officer in 1976, he served in the Army until 2010. During his career he fulfilled several operational functions in the Engineer Regiment. After staff-college he has held several staff and management functions in Planning, Material-Logistic and Defense Real Estate. After being promoted to brigadier-general in 2001 he fulfilled several Director-positions in these branches. Works for Goliath-Hollinda since 2011.